Information on what the service is doing to protect its internationally renowned national elm collection.

The council is proud of its historic elm trees and is internationally renowned for its work in managing elm disease.

This year we’re facing a higher than usual outbreak of the disease and if not brought under control could mean the city losing a large proportion of its 17,000 Elms.

What you can do to help

Elm disease is fairly easy to spot if you know the signs and what to look for. We’re asking you to become an extra pair of eyes and help flag up any trees, on public and private land that you believe may be infected.

If you suspect an elm tree is diseased, please send an email to elmdisease@brighton-hove.gov.uk. Include a photograph of the tree, a close up of the symptoms and a location including street name, building, house number/name or park with approximate location.

We can then take immediate action to inspect the tree, and if infected, remove it and stop the disease spreading.

What elm disease is

Elm disease is caused by:

How to spot elm disease

Symptoms start to show in early June, and the disease season lasts until September.

Signs of early infection are a wilting and browning or yellowing of parts of the foliage, or greenery, anywhere on the tree. 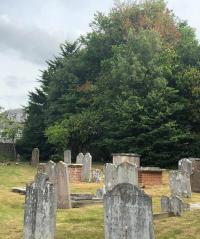 Another sign is an elm tree losing its leaves (thinning foliage) in early summer while other elms around it are still full and healthy looking. 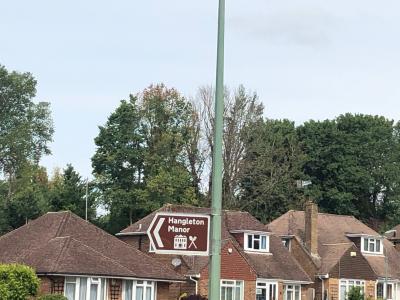 How we control elm disease

What we do with the removed trees

Buying logs for fuel or ornaments made from elm