The history of The Level

Find out how The Level has been restored into a popular open space and events venue. 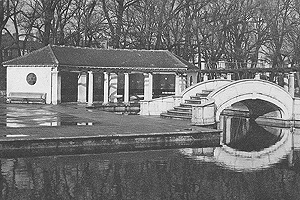 Our 'People’s History of The Level' community oral history project exhibition first opened to the public in the Bertie MacLaren Pavilion at The Level at the end of 2013, as part of the park's restoration.

The black and white photo is of the pavilion before it was restored.

The exhibition is the result of local people getting involved, during the restoration project, in our history and heritage information, exploration and training events, and sharing their memories and memorabilia. It is now admired and enjoyed by many people who hire the space for community meetings and events.

With the help of trained volunteers, we hope to be able to open the exhibition to the public more frequently in future years.

People's History of The Level booklet

A selection of local residents' stories, which mirror the themes explored in the exhibition, was published. The themes were chosen by a project volunteer team, who recorded and transcribed the interviews. Unfortunately, we have now sold out of copies. We are seeking funding to enable us to do a further print run.

The history of The Level

The Level forms part of the Valley Gardens Conservation Area. It is the principal open space in this area and is traditionally a popular events venue.

Cricket was played here from the mid 18th Century until 1822 when The Level was formally laid out by A H Wilds and the local botanist/landscape gardener Henry Philips. Elm avenues were planted along the outer pathway in 1844.

See a historic timeline of The Level (PDF 2.27MB).

MacLaren and The Level

In the 1920s Captain Bertie Hubbard MacLaren, Superintendent of Parks, re-designed the south end as a playground and boating pond with surrounding columns and pergolas. His designs were illustrated in his plans (PDF 2.28MB) and described in his journals (PDF 7.01MB).

The general layout of The Level remains largely unchanged, with the northern part still a level grassed area for events and the southern part occupied by the remains of the children's playground. One of the two restored pavilions at the park (the one on the Ditchling Road) side has been named the MacLaren in his honour.

Unlike the towns of the industrial north, Brighton came late to the realisation that public parks and playgrounds were essential to the health and happiness of its inhabitants, relying for most of the 19th Century on the benefits of its sea water and air. Brighton's period of civic enterprise is therefore largely 20th Century.

Two men responsible for much of the purchasing and modernisation of Brighton's parks during the first three decades of the 20th Century were Sir Herbert Carden, three times Mayor of Brighton from 1916 to 1919, and Captain Bertie Hubbard MacLaren, Superintendent of Parks and Gardens from 1920 to 1951. 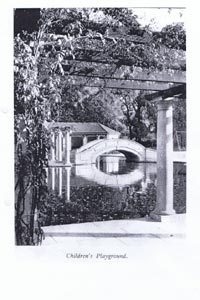 Our research included working with an oral historian who trained volunteers to interview and document local residents' stories and memories. The project revealed the park's rich social history. These are the key events and activities associated with The Level in the past:

We also worked with community history website 'My Brighton & Hove' to set up a dedicated Level heritage page. 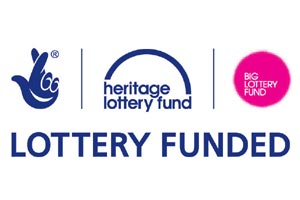 Visit the My Brighton & Hove website, or go to our Join us On the Level webpage to find out more, or go to our (coming soon) Events web page for details of Memory Days and other information events