Children, parents, carers, teachers and staff at a city primary school have enjoyed a safer journey to and from the classroom during a School Streets Taster Day.

Part of Barn Rise outside Westdene Primary School was closed to motor vehicles last Thursday, to allow children to walk, cycle and scoot their way in and out of school.

During drop off and pick up times, children could be seen using the space for running and playing and walking to school with their friends, in a road that had previously been busy with cars.

As part of the Taster Day, children also took part in a number of activities during the school day, including cycle training and Bike Safety delivered by Sustrans.

The day was also a chance to gather views and opinions from parents, carers, school staff and local residents.

Parent Kate Duddington said: “I think this is a fantastic initiative. I think all parents around schools are always worried about their children’s safety and it’s really relaxing for the parents to not have to worry about that.

“It’s also really great for the kids because they’re happy running around with their friends, so really supportive of this.” 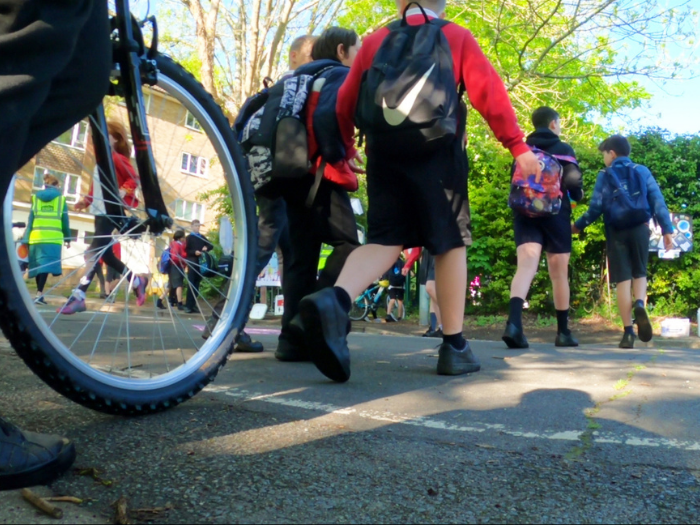 Deputy chair of the Environment, Transport and Sustainability committee and Withdean councillor Jamie Lloyd said: “As councillors this was a priority for us. We've seen the chaos of the school run here and what Westdene needed was school streets, we've tried this Taster Day and it's worked brilliantly.

“Less traffic is good for everyone; it makes it safer and healthier for kids and their families arriving and leaving school; what's not to like?”

Westdene Primary – getting a taste for School Streets

A Portslade primary will join the growing list of those taking part in the city’s School Streets scheme next month.

Next step for School Streets

Work is beginning this month to build on our School Streets project at three city primaries.