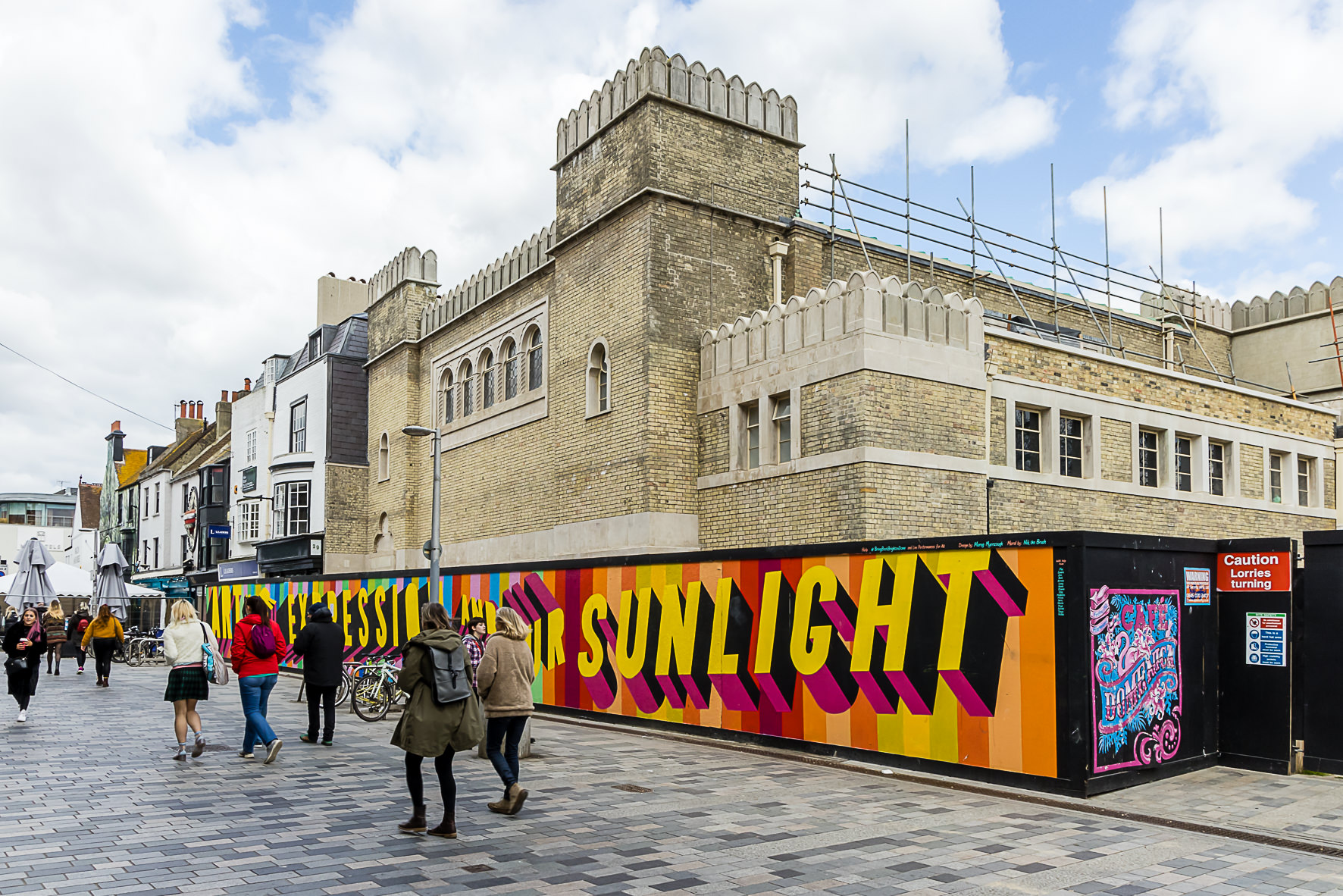 A new copper roof on Brighton’s historic Studio Theatre will see the Grade II listed building protected and restored to its former glory as part of Brighton Dome’s major refurbishment.

Built in 1935, the Studio Theatre (previously known as the Pavilion Theatre) in New Road was originally used as a supper room for the Corn Exchange and later converted to a theatre in the 1950s.

The Studio Theatre stands out with its unique architectural features and different styles, including turrets and arched windows that mimic the Royal Pavilion nearby.

In recent years the roof has been patched up, but the copper continued to fracture and is now too fragile to repair.

Making the roof safe and watertight will also protect the building for the long-term.

The pyramid shaped roof will initially have a dramatic appearance as the new metal will be a bright copper colour. This will dull to a soft brown within the first year and continue to change back to the soft, mint green of the existing roof as the metal naturally ages.

As part of the works, the old copper will be recycled by the roofing contractor.

Councillor Martin Osborne, lead member for culture & tourism, said: “Replacing the copper on the Studio Theatre will provide a unique opportunity to see what the roof looked like when it was originally built, and it will secure the building’s long-term future for visitors to enjoy for years to come.

“It is great to see the restoration taking shape, with works able to continue during the pandemic. When the venues re-open they will make a significant contribution to the city’s cultural recovery.”

The roof improvements are part of the Royal Pavilion Estate regeneration project, a partnership between Brighton & Hove City Council, Brighton Dome & Brighton Festival and the Royal Pavilion & Museums Trust to revitalise the estate and secure its future as a world-class cultural destination.

The first phase of the project is nearing completion with Brighton Dome Corn Exchange, originally built as a riding house in the early 19th century for the Prince Regent, undergoing significant restoration and refurbishment. Further phases will see improvements to the Royal Pavilion Garden and Brighton Museum & Art Gallery.

The Royal Pavilion Estate project recently completed specialist work to clean and restore the exterior of the Studio Theatre.

Specialist contractors have completed renovation work on the exterior of the historic Studio Theatre, part of Brighton’s Dome.

Scaffolding has been removed from the historic Corn Exchange revealing major restoration work.

Construction work on the refurbishment of Brighton Dome Corn Exchange and Studio Theatre has continued to progress with essential work to protect and conserve the historic Grade I and Grade II listed buildings.