Full steam ahead for new affordable homes in Coldean and Portslade

Construction of 346 low cost homes for people living and working in Brighton & Hove is well underway, with the first homes due to be ready in summer 2023.

Homes for Brighton & Hove, a partnership of Brighton & Hove City Council and the Hyde Group, is working with PMC Construction to build 242 homes on land to the east of Coldean Lane, and 104 more on the site of the former Belgrave Day Centre in Portslade.

Councillor David Gibson, co-chair of the Housing Committee, said: “I’m delighted with the progress being made on these much-needed homes.

“Thanks to changes to the partnership, and Homes England funding, I’m pleased we’ll be delivering 176 additional council homes at significantly lower rents - around 25% lower than was originally planned.

“About 77% of households on the city’s housing waiting list are in need of one or two bedroom properties, something both these schemes will deliver.

“Brighton & Hove is a growing city with high house prices, low incomes, and a significant proportion of households with support needs.

“Affordable housing only makes up a small proportion of the overall housing in the city, with 9% of homes owned by the local authority and about 5% by housing associations, which is why these schemes are so important.” 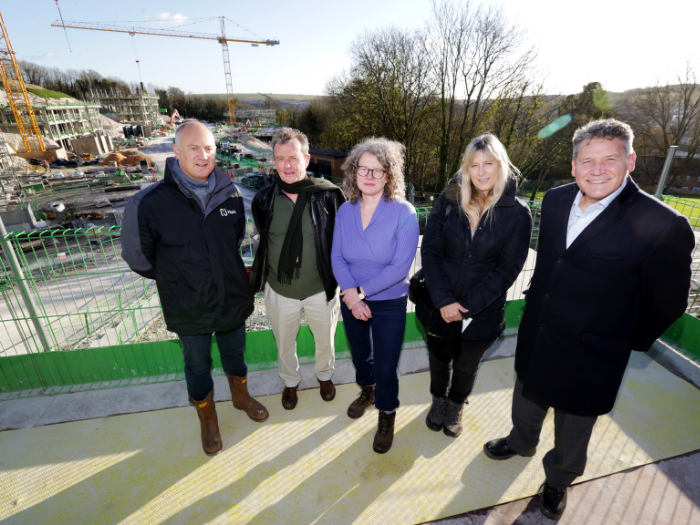 Guy Slocombe, Hyde’s Chief Investment Officer, added: “It’s harder than ever for local people who work in the city to afford to live in it as well.

“We’re really pleased that construction of these homes, the first of 1,000 we aim to build in the city over the next few years, is well-underway.

“We know that providing more homes for people on lower incomes can not only enrich their lives but also contribute to the local economy, by giving people better life chances and allowing them to realise their potential.”

Steve Cripps, Managing Director of PMC Construction, said: “It’s great to be working with the council and Hyde on these two key schemes.

“Not only are we delivering high quality, affordable homes, but these developments will bring wider benefits to the city, including opportunities for education, training and apprenticeships.

Both sites were identified as suitable for the development of housing in the City Plan.

The Coldean homes will be a mix of one, two and three bedroom flats in six blocks of five to seven storeys, making the best use of the sloping 3.3ha site.

There’ll also be a number of wheelchair accessible homes on the ground floors.

At Portslade, the one, two and three bedroom flats will be built in two blocks of four to seven storeys.

Homes for Brighton & Hove is taking a fabric-first approach to sustainable and environmental design – the flats will be well-insulated and airtight, reducing energy needed to heat them and keeping bills low.

Almost 350 homes will soon be built in the city, with rent levels lower than previously possible for the proposed scheme.

A new sports pavilion in Victoria Recreation Ground, Portslade has been officially opened. The new facilities were provided as part of a development of 42 new council homes in Victoria Road.

A range of work is being done on improving the energy efficiency of council housing, including the installation of solar PV and thermal systems and the first air source heat pumps.