We’re installing CCTV cameras on Hove Lawns and the central beach near Shelter Hall in a bid to deter people from leaving their rubbish in these busy areas.

The CCTV will help prevent littering at these two hotspots and also allow our environmental enforcement team to hand out fines to those who don’t bin their rubbish properly or take it home.

Our enforcement officers already patrols Hove Lawns and the whole seafront on foot, however it’s extremely difficult to catch people leaving their rubbish behind. If these people see an officer approaching they simply wait until the officer leaves.

The new cameras will allow our officers to be quickly directed to those seen dumping their litter as the cameras will be monitored from our CCTV control room. 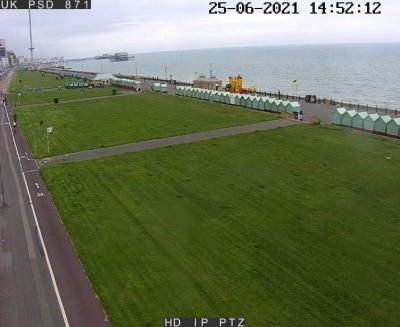 The cameras are being placed on street lighting columns to monitor the lawns and the central beach and will not face or monitor anything else including housing, hotels, shops, bars or cafes.

Council leader Phélim Mac Cafferty, whose Brunswick & Adelaide ward covers the lawns, said: “We’re having to install these cameras due to the amount of rubbish people are leaving on Hove Lawns and the central seafront area. Our Streets team collected 100 tonnes of rubbish from the seafront in just 17 days recently, and much of it was from these two areas.

“The cameras will help act as deterrents so people bin their rubbish responsibly or take it home. If they don’t then these cameras give us a far greater chance of catching people and fining them, which can be as high as £2,500."

'Littering is a criminal offence'

Cllr Mac Cafferty added: “Everyone knows not to leave litter behind and that it’s a criminal offence, so we must use whatever means necessary to stop these thoughtless people who don’t care what state they leave our beautiful beach and lawns in.”

Signage will be placed on each CCTV column, stating the purpose, the risk of a fine and the clear messaging of ‘Bin your litter or take it home’. The environmental enforcement hotline number and the Data Protection Team’s contact details will also on the signage.

100 tonnes of rubbish has been left on our seafront in just over two weeks, new figures reveal. That's the equivalent of 100,000 1kg bags of sugar!

Take your rubbish home if bins are full, urges council

The warm weather has seen exceptionally high numbers of people crowding onto the beach and seafront. It's meant us having to collect tonnes of extra rubbish.