Businesses are being given a unique opportunity to become the official sponsor of Brighton & Hove’s hugely popular BTN BikeShare scheme.

Companies have the chance to lend their name to one of the most successful cycle hire schemes in the country, with branding on BTN BikeShare bikes, hubs and digital platforms.

They would follow in the footsteps of American Express and Life Water who co-sponsored the scheme when it launched in September 2017 and join the likes of Santander, Citibank and NowTV as major sponsors of similar schemes in London, New York and Dublin respectively.

Following a competitive tender process, PHAR Partnerships has recently been appointed to secure a sponsor.

PHAR has vast experience for cycle hire schemes, appointed to consult on the sponsorship opportunity for schemes for Transport for London (TfL) and Transport for Greater Manchester (TfGM) as well as Transport for West Midlands and schemes in Glasgow and Cardiff.

Since launching just over four years ago, the BTN BikeShare has expanded to 563 bikes docked at 86 hubs across the city. Over 350,000 journeys are made every year and 3.3 million miles have been covered since it began operating.

A relaunch and reorganisation of the scheme will soon see it expanded into Adur & Worthing with a combined fleet of more than 1100 bikes, 50% of which will be electric bikes. 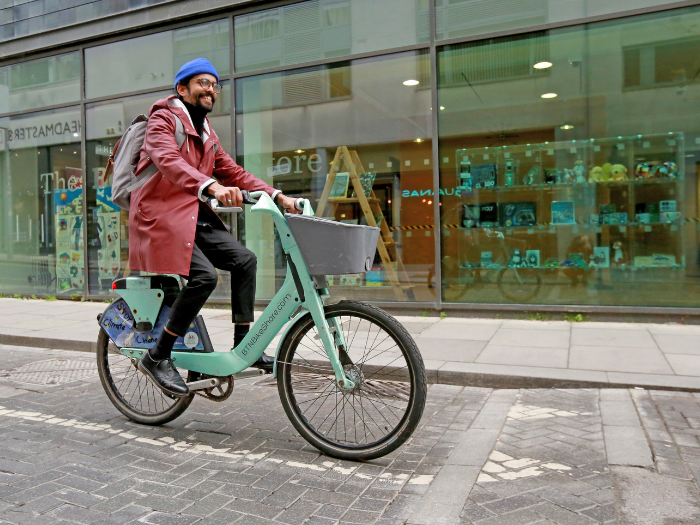 Co-Chair of the Environment, Transport and Sustainability committee, Steve Davis said “BTN BikeShare is a hugely popular scheme in the city among residents, tourists and commuters. It’s been amazing to see it go from strength to strength.

“It really is a something our community can be very proud of. We really want to see it grow both in and around the city.

“Sponsorship is a golden opportunity for a business to be part of BTN BikeShare as it renews its fleet and introduces electric bikes. If Adur and Worthing decide to join the renewed scheme, that expanded reach means we’ll have even more to offer corporate partners. I look forward to new businesses coming on board.”

Marcus Wight, PHAR CEO said: “BTN BikeShare is one of the most successful cycle hire schemes in the UK and we are delighted to be appointed to secure a long-term brand partner for the next phase of the scheme.

“Cycle hire sponsorship offers a unique 365 days a year platform for a brand to integrate itself within the fabric of a community.

“These schemes are increasingly popular with brands that wish to help make towns & cities a better place to work, live or visit and communicate memorable associations around community support, reducing emissions and tackling climate change.”

A rewarding partnership between BikeShare and Betterpoints

It’s now even easier to sign up for our ‘Move for Change’ challenge with BTN BikeShare now joining the campaign to increase more active and sustainable travel in the city.