We've scheduled system maintenance on Thursday 18 August 2022, 7pm to 9pm.  Some services and online forms may be unavailable during this time.  We apologise for any inconvenience.

Brighton & Hove City Council has been awarded over £85,000 from the Department for Transport (DfT) for 12 new eCargo bikes for the city.

Over the last few years electric cargo bikes have seen an increase in use with parents choosing them to travel with small children and businesses using them to transport goods and services around the city.

These eCargo bikes will replace some delivery vans and lorries, which is a key factor in helping the city become carbon neutral by 2030.

The eCargo Bike Grant Fund scheme is funded by the Department for Transport and delivered by Energy Saving Trust. The council will contribute an additional £17,000 towards additional equipment and resources.

What is an eCargo bike? 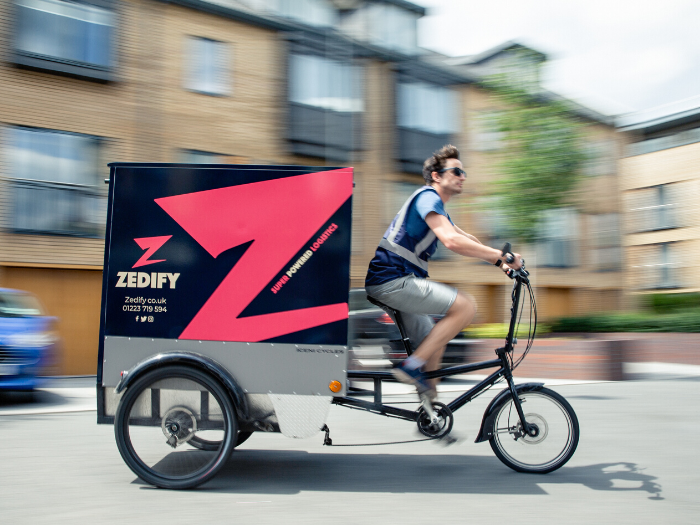 Of the 12 eCargo bikes being purchased, one will be given to the council’s postal team while another will go to City Parks.

Dan Curtis from BHESCo said: “Using an eCargo bike will have a huge impact on the number of households that BHESCo can help through our fuel poverty alleviation programme.

"Currently, we have to visit each property twice; once for a survey to identify the improvements we can make, and then again to install the energy saving measures that we have chosen.

"By using an eCargo bike, we can complete the whole process in a single visit, which means we will be able to support double the number of households at risk of cold homes and fuel poverty in our city.” 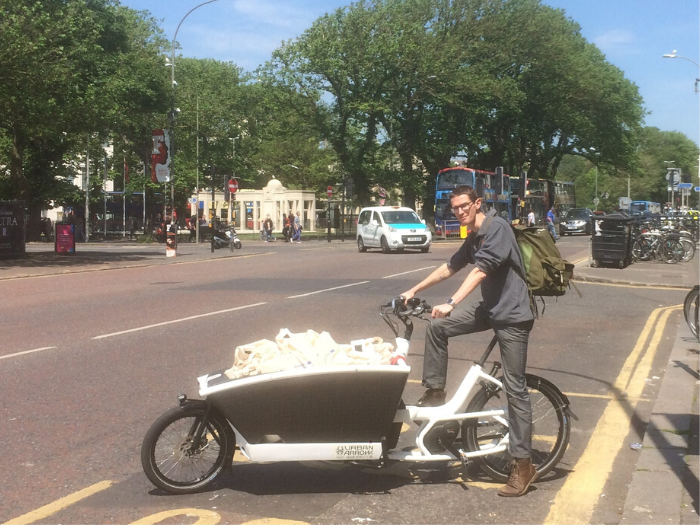 Charlie Mitten from Mittens Plumbing, Heating and Bathroom Design said: “At the moment I use a large truck which isn’t always necessary.

"The eCargo bike will allow me to get across our city to appointments with minimal effort. I can also transport a toolkit for small jobs which is a great feature.”

Chair of the Environment, Transport and Sustainability Committee, Anne Pissaridou said: “I’m very pleased we’ve been awarded this grant by the Energy Savings Trust for such an exciting project.

“We’ve recently seen dramatic changes to the way we are travelling. People are cycling and walking more and the number of cars on our roads has fallen significantly.

"Electric cargo bikes are a great way for businesses to transport goods and services quickly around the city.

“The council has declared a climate emergency, and this is another positive step we are taking towards becoming a carbon neutral city by 2030.”

"The 18 local authorities who have successfully secured funding will purchase a total of 273 eCargo bikes and nine eCargo bike trailers, enabling more businesses to benefit from access.

"Last mile delivery is an important area for consideration in our journey to reduce transport emissions to net zero by 2050.”

Councillors have agreed to explore the possibility of the city centre becoming ‘car-free’ by 2023.

Brighton's bike sharing scheme is set to grow, making it even easier for more users to get riding. It will mean…
Date
News Category