In early May, Brighton & Hove City Council redeployed a number of staff to work in ambassadorial roles at Woodvale cemetery and others in response to changes in how the grounds were being used by residents.

Two of those ambassadors, Katherine Sosa and Maxine Houghton-Worsfold MBE (pictured below), were staff from the Volks Railway, which had temporarily closed along with many of the city’s attractions. 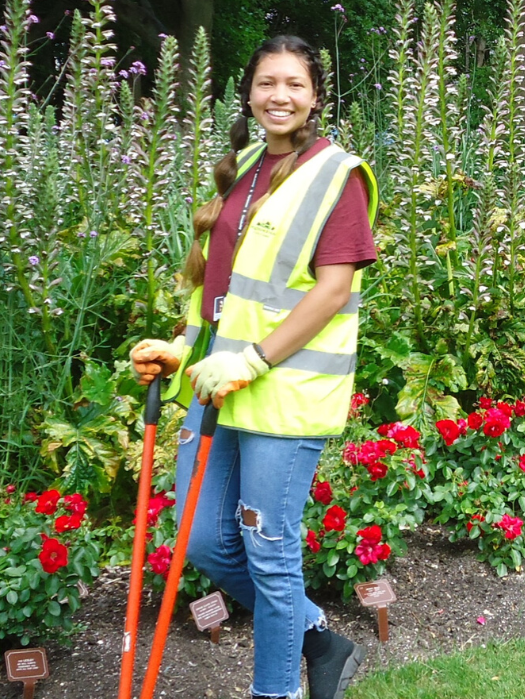 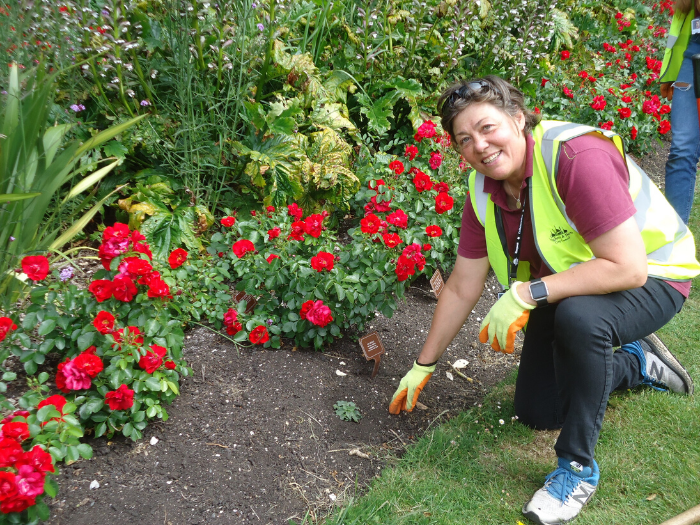 Katherine said “Initially our role was to walk around the grounds and chat and challenge people who were using the grounds inappropriately, such as cycling at speed or allowing children to climb on the gravestones and memorials.

“It was encouraging to see a positive change from those conversations and we’ve certainly seen a difference in behaviour since we started at the beginning of May.”

But the role has evolved in the short time they have been working at Woodvale and the ambassadors have been taking on other tasks and supporting ground staff in their day-to-day working.

Maxine said: “Woodvale is just minutes from my home, but I was astonished by its size and beauty.

“There is such an abundance of wildlife too, everything from wild birds and foxes to domestic cats walking and enjoying the grounds’ tranquillity.

“One area of this role that gives me the greatest job satisfaction is tending to the grounds and maintaining the graves to ensure they are free from weeds and litter.  I have even been approached by family members thanking me for the care given to their loved ones’ graves and memorials.” 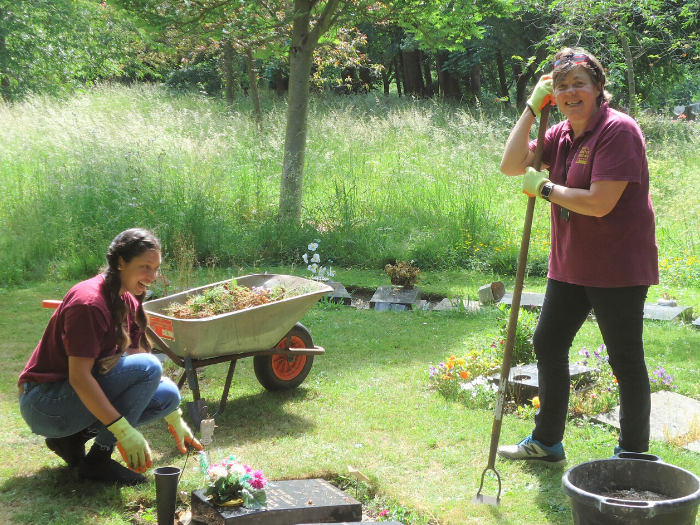 Both Katherine and Maxine have found their new roles very rewarding and have welcomed the support from staff and each other.

Katherine said “I am originally from Venezuela and this has helped me learn new words in English and enrich my cultural knowledge.  I really enjoy the peace, the fresh air and the work will help us to stay healthy and in good shape, which is an excellent plus.

“Maxine and I make a good team, we understand each other, we talk about different topics during the day and bring some humour to the role.”

Maxine added “This role has been one that I am thoroughly enjoying, the support from management and groundsmen is exceptional and this is a role I would consider taking on in a part time capacity in the winter months.”

Lead councillor for life events services, Dan Yates said “We are so thankful for the work the Woodvale cemetery ambassadors have been doing.  I’m so pleased they’re enjoying the role which has evolved in such a short space of time.

“The conversations they’ve been having with residents are really helping to ensure the grounds are treated with the respect they deserve.

“I’d also like to thank all our staff for their hard work in cemetery grounds across the city.  At such a difficult time, their work continues to be extremely professional and compassionate.”

The cemetery grounds at Woodvale are being reopened on Wednesday 29 April, following updated government guidance.

Visiting cemeteries in the city during the pandemic

We’re asking for people to only go to the city cemeteries to attend a funeral or visit a grave.