Sad day for Leo as elm is felled

When trainee tree surgeon Leo Lamont joined the council back in the late 1970s one of his first jobs was to plant a line of elm saplings in Preston Park.

Fast forward over 40 years, and Leo is back in the park but this time with a heavy heart – to fell one of the trees infected with elm disease. 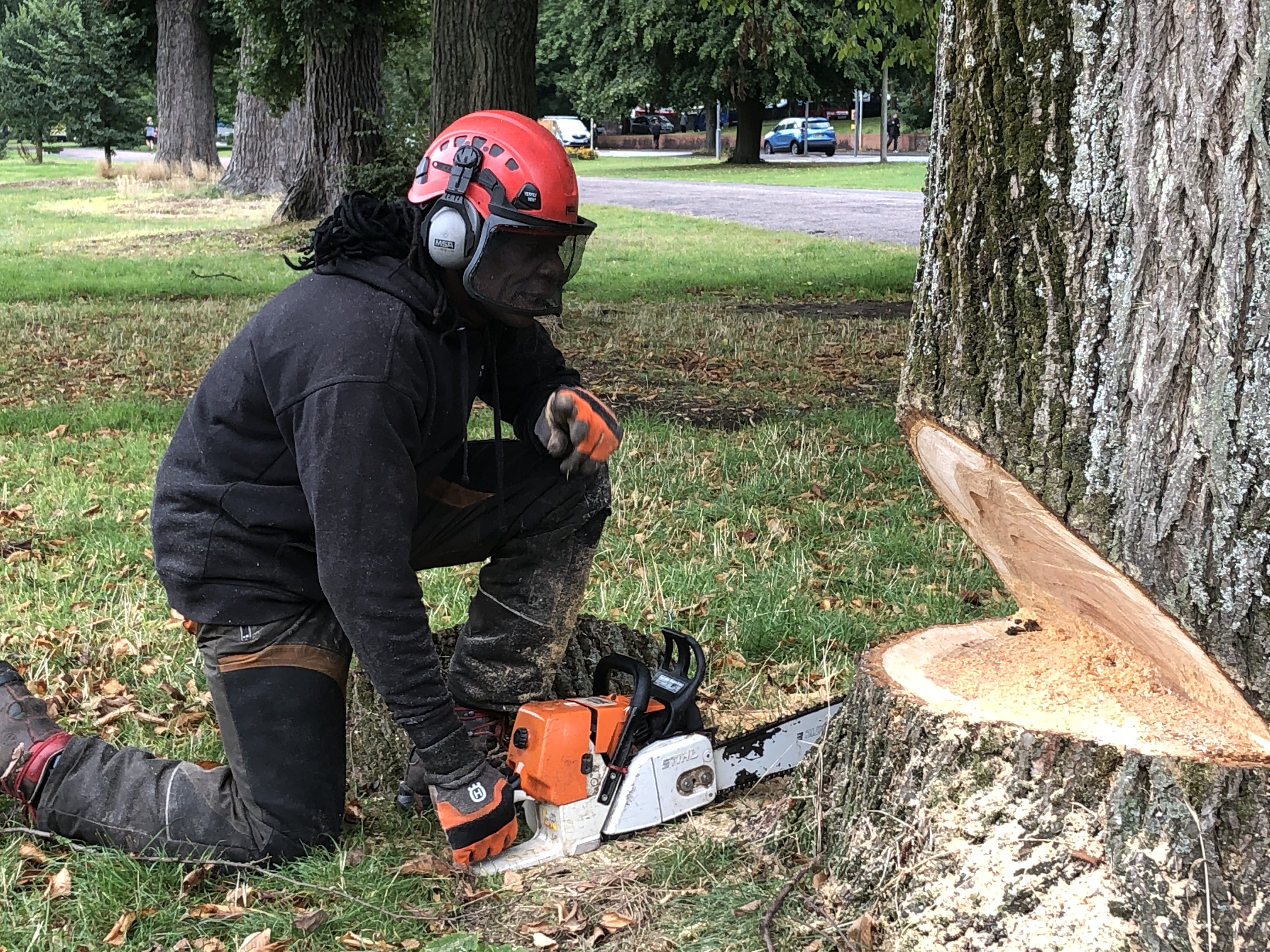 “It’s heart-breaking to be cutting down one the trees I planted so many years ago, which had grown into beautiful mature elm,” said Leo.

“Once it takes hold, elm disease can be devastating and the only chance of stopping the stop the spread is to remove the tree.”

This year, the city has seen several of its most significant and stunning elms fall victim to elm disease. Among them is one of the famous Preston Twin elms which is due to be felled later this month.

The 400 year old tree, one of the oldest in the UK , could not be saved after the disease reached its root system. Felling will hopefully stop the disease spreading to its twin.

Every summer the council’s arboriculture team wages a battle across the city against the tiny beetle which carries the deadly elm tree killing fungus known as Elm Disease or Dutch Elm Disease. Losses of trees to the disease have been manageable over the years thanks to a council-led control campaign.

“We urge residents to report any sick looking elms so that we can respond quickly,” said arboriculturist Neil Brothers.

He added that one of the most likely ways for a tree to become infected by Elm Disease is via beetles breeding on elm logs stored in the area. “These logs may have been brought in from other parts of East Sussex where there has been a massive rise in trees becoming infected and subsequent logs becoming available.

“In recent years, there has also been a rapid increase in the number of wood burning stoves being sold in the area, increasing the risk of contaminated wood coming into the city.”

The council’s arboriculture team offers a free inspection of firewood and other timber. Similarly, if you have an elm tree in your garden that may be dead or dying, we are happy to come out and inspect it free of charge. Anyone wanting to use the service can contact the team by: