Hundreds more tickets have been released for the Lionesses vs New Zealand game at the Amex Stadium on 1 June.

Following huge demand from fans keen to catch the team in action before leaving for the World Cup, organisers have decided to open the stadium’s top tier providing hundreds of extra seats. 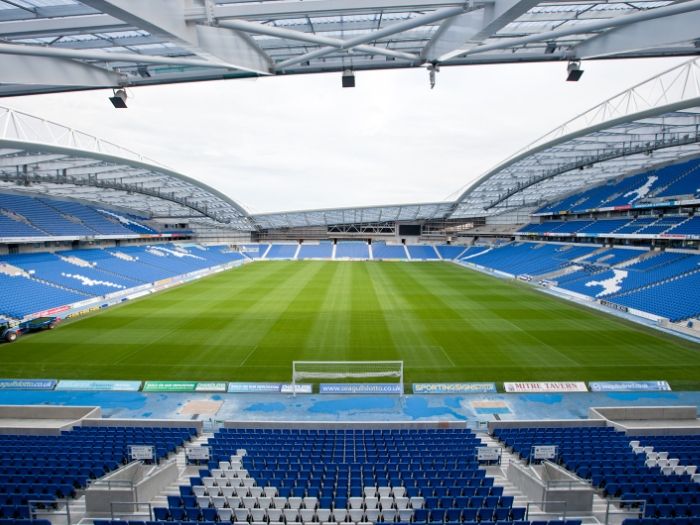 Ian Shurrock, head of sport and leisure for Brighton & Hove City Council said: “We are delighted that tickets sales have surpassed expectations and that more of the Amex Stadium is now being opened up for this historic game.

“These extra tickets priced at £10 for adults and £1 for children, will help ensure that fans don’t miss out on seeing the country’s top players in action and we can provide the best possible send off before they leave for France and the World Cup.”

The Brighton & Hove match is the final game in the ‘Road to France Series’ which sees Phil Neville’s squad playing at four different venues across the country.

Two of the matches have already taken place. The third sees the Lionesses take on Denmark at Walsall FC’s Banks’s Stadium on Saturday 25 May.

Sussex County FA chief executive, Ken Benham, said: “We’re privileged to have the Lionesses playing their last match before they head off to France for the World Cup right here in Sussex.

“It is a great opportunity for Sussex football fans to see their England heroes up close, and a packed out Amex Stadium will give the players the best possible send off!”

Brighton & Hove Albion Women’s manager Hope Powell added: “To have a preparation game for England at the Amex is fantastic and as a club and as an FA we will be working hard to raise awareness that the game is on.

“It’s a great stadium and I’m sure that for both England and New Zealand it will be a privilege to play here.”

The Lionesses’ group stage schedule at the World Cup is:

Early bird tickets on sale for England Lionesses vs New Zealand at the Amex Stadium on 1 June - the final game before the Women's squad leave for the World Cup in France.