A Victorian cattle tunnel in Portslade has being given ‘moo-kover’ – thanks to a group of hardworking volunteers and a national cleaning company!

Armed with buckets, brushes and cleaning fluid, around 30 volunteers from the Friends of Vale Park scrubbed the walls of the tunnel which had become a ‘no go’ area for locals, ready for street artist HarpoArt to create a stunning mural – complete with Highland cattle. 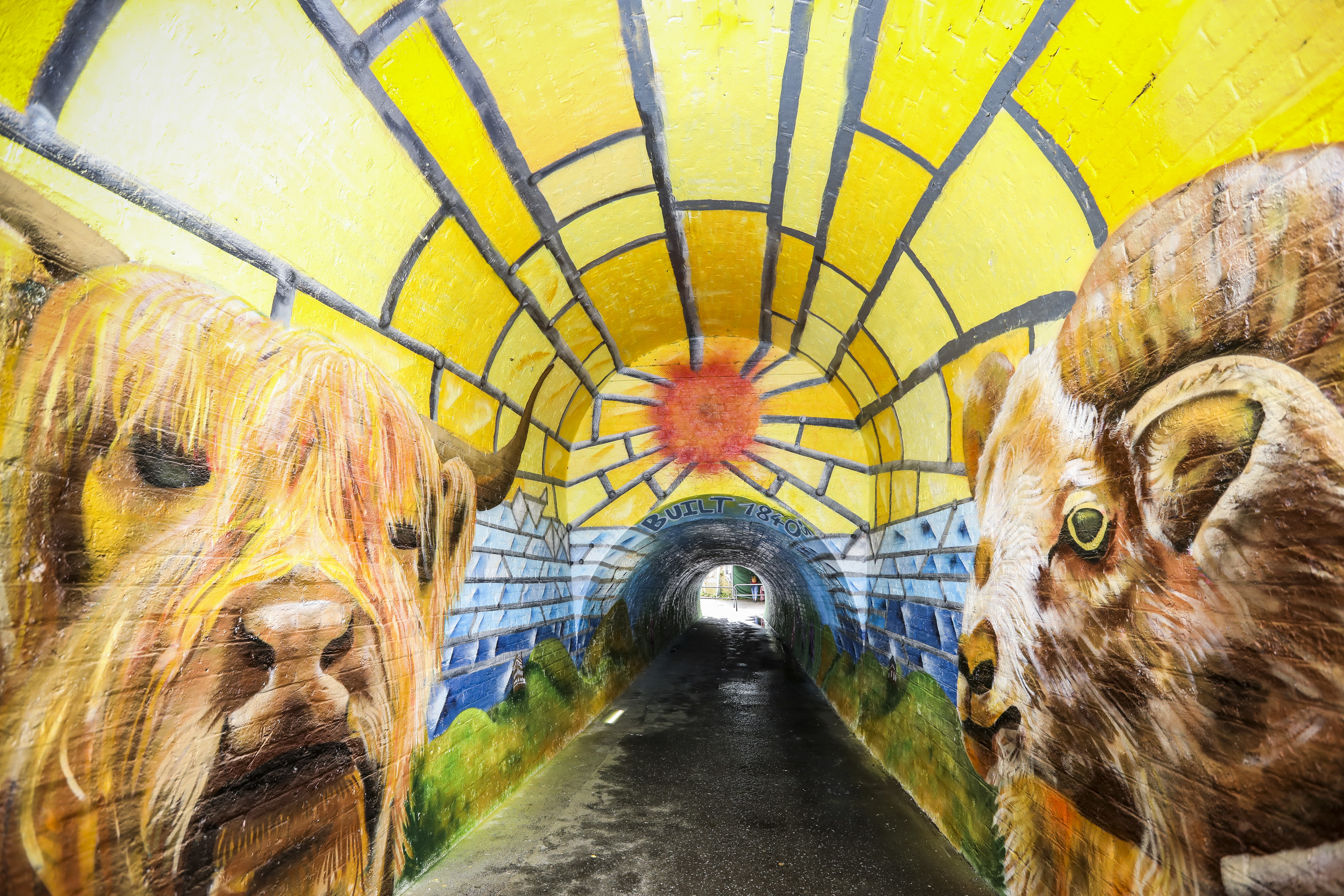 The rejuvenation project began with a grant from Cif’s Hello Beautiful Neighbourhood Project, which aims to restore the beauty of neighbourhoods and improve people’s happiness. The project was facilitated by Semble.org, a UK-based platform which links community groups together with businesses and volunteers to create change, and the grant was received in June.

Patricia Sauer, chair of the Friends of Vale Park explained: “The Victorian cattle tunnel under the railway line, just west of Portslade station, was on our radar as it’s an important route between the north side and the area around the park and Boundary Road shops. But the tunnel was dirty, graffitied and ill lit and many people had stopped using it."

She added that the main problem was that a fire had been set inside it last year leaving black soot everywhere.

“We applied to Cif for a grant and were delighted when the project was granted to us.  We worked in collaboration with Cif and HarpoArt to totally transform the tunnel and restore it to its original beauty, and somewhere to be used and enjoyed by the local community.”

The volunteers spent around three hours cleaning the tunnel, supported by the council's Cityclean team. “It was inspirational,” said Patricia. “The volunteers, ranging from children to older residents donned protective wear and scrubbed and scrubbed. Many told stories told of walking to school under the tunnel years ago. One lady had been unwell last year and felt proud to be on her feet doing this.” 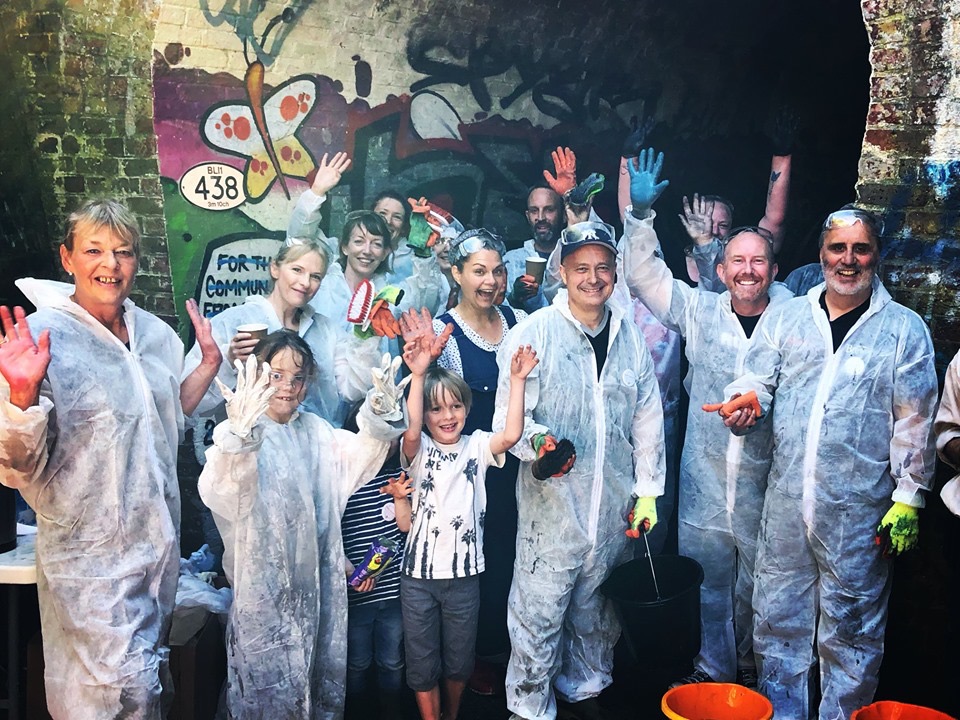 The project was completed last Saturday and a reopening celebration was held at the cattle arch. The event was attended by Deputy Mayor and Portslade Councillor Alan Robins, Cif representatives Bridget McBride and Lucy Donovan,  Nick Gardner, Semble and members of The Friends of Vale Park.

Cllr Robins, who worked with local supplier Brewers which donated the paint, said: “This has been a real community effort with residents of all ages rolling up their sleeves, getting stuck in and making a real difference. Thanks to Cif, we have succeeded in transforming the former no-go area into a bright and attractive cut through for local people.”

Gemma Cleland, Vice President, Homecare, Unilever UK & Ireland, said: “Cif prides itself in its ability to clean tough surfaces and help restore them to their original beauty, creating a positive impact on the people around them.  This is exactly what happened with the transformation of the Portslade Cattle Arch. To work alongside the community to restore the tunnel and create something beautiful is everything we stand for as a brand and we are delighted to have created a lasting change for the Portslade community.”