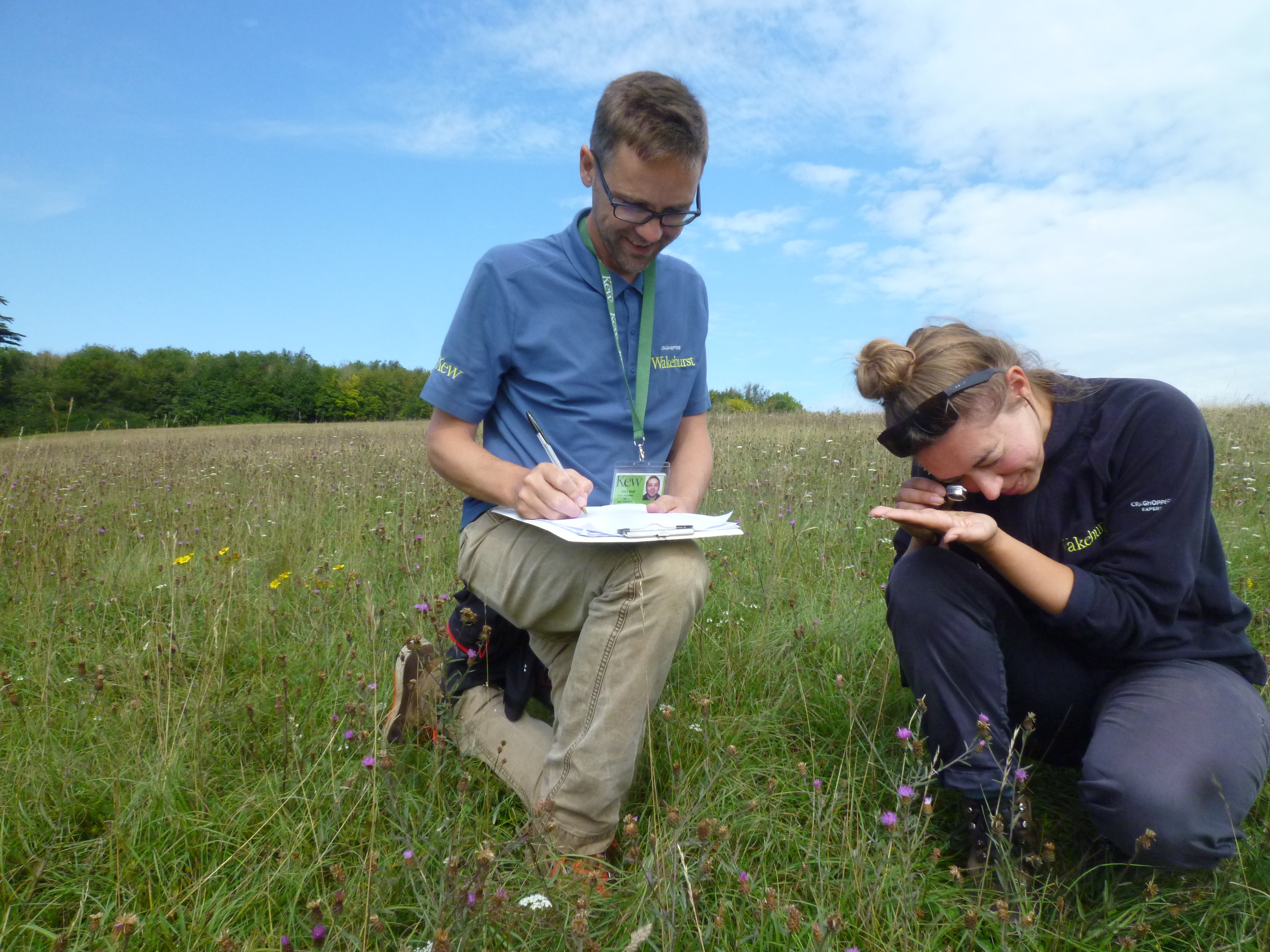 The seeds will be put into storage for the winter, ready to be re-seeded next year as part of the park’s restoration and landscaping improvements.

Surveys were also undertaken to get detailed baseline information about  which of the many wildflowers on Marquee Brow were producing seed to be captured by the brush harvester.

The seeds will be re-planted in the Spring in key parts of the park including the Lower Lodges car parking areas.

Ted Chapman, Co-ordinator of the UK Native Seed Hub at Kew’s Millennium Seed Bank said: “We were delighted to find such a rich variety of species growing and producing seed at Stanmer Park, including many chalk grassland specialists typical of the South Downs.

“Our next job is to clean the seed and store it in our vaults at -20c, ensuring it stays in peak health until the site is ready to sow. The Seed Bank is home to seed from all over the world, but it is always great to get involved in practical conservation projects on our doorstep.”

Councillor Anne Pissaridou, chair of the city council’s environment, transport and sustainability committee added: “This partnership with an organisation of Kew’s standing is a wonderful example of environmental future-proofing in action.  I look forward to seeing increasing numbers of flourishing wildflowers and insects at Stanmer Park in future.”

The city council hopes to increase the amount of wildflower planting by adding some grown by long-time Stanmer resident John Gapper, and volunteers, who grow wildflowers at Stanmer Park as part of the newly-formed Wildflower Conservation Society (Brighton & Beyond) group.

City council conservation staff have previously worked with project partners from Kew and will continue to work with them to monitor the areas and the plants in coming years.

This will help to build a clear picture of the health of this important and extensive chalk downland habitat at Stanmer Park.

There will also be opportunities for community volunteers to get involved with ongoing identification and monitoring of the park’s wildflowers and other wildlife, as part of the park’s Activity Plan.