Councillor Alexandra Phillips officially stepped into the role of Mayor at the council’s Annual General Meeting today at 4.30pm, Wednesday 22 May 2019.

Alexandra, also known as Alex, is the youngest ever mayor of Brighton & Hove taking up the ceremonial chains at 33 years old.

Alex is also currently the second longest serving Green member for Brighton & Hove City Council, having first been elected at a by-election in July 2009 and then re-elected at the following three local elections.

Celebrating success and promoting good causes across the city

Alex has a passion for politics and has dedicated many years to forging links across communities. During her mayoral year in a politically neutral post, Alex’s enthusiasm will be channelled to celebrate success and promote good causes across the city.

Outside of the council, Alex works for a national health charity. She has taken a sabbatical from this post to focus on mayoral duties. Alex’s previous employment includes working as a secondary school languages teacher. 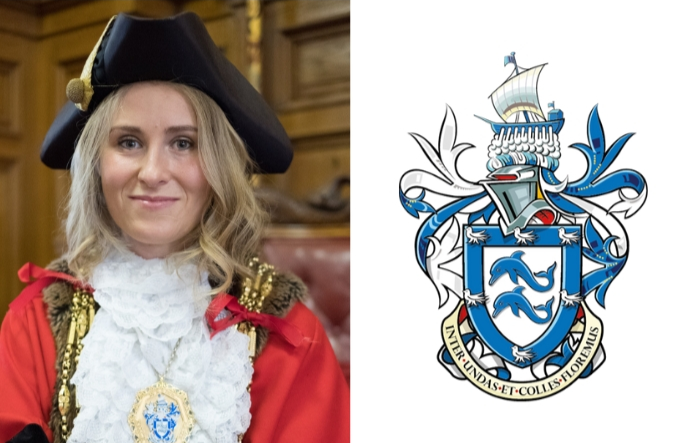 Alex has been a resident of the city for 11 years. She met and married her husband here, fellow serving councillor Cllr Tom Druitt. The couple have a young son, born in 2017. Cllr Druitt will be the mayor’s consort for the year ahead.

Alex is looking forward to bringing her family to mayoral engagements when appropriate for children to attend.

Originally from Liverpool, Alex is the daughter of BBC Merseyside radio presenter Roger Phillips. In her rare spare time, Alex enjoys being outside - walking on the Downs, cycling and swimming in the sea.

Learn more about the mayor