The story so far

Madeira Terrace was originally built as a covered promenade to attract tourists from London when the new railway opened in the late 1800s. It was built by borough surveyor Philip Lockwood and opened to the east of Royal Crescent in 1890, before being extended to meet the Aquarium in 1927 to 1929. 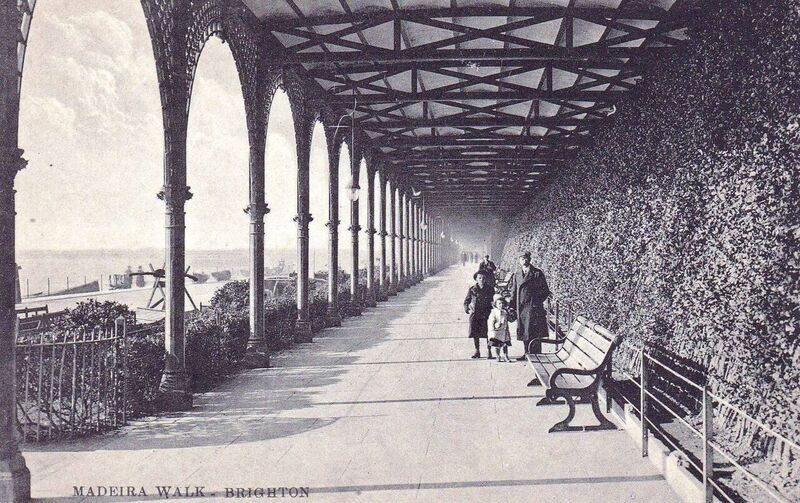 It is considered the longest cast iron structure in Britain, running from the Aquarium Colonnade to the Volk’s railway maintenance building.

Madeira Terrace has weathered the marine environment for more than 100 years. In 2012, the terrace was progressively closed to the public as the structure had degraded and become unsafe. It was finally fenced off in 2016, with four of the six staircases connecting Madeira Drive to Marine Parade also being closed.

What’s happened since the terraces closed to the public?

A design team was appointed in May 2020.  Since June 2020 they have been developing options for the first phase of the restoration.

After the successful crowdfunding campaign, the council focused on maximising these funds to restore a run of 30 arches. However, after three unsuccessful bids, and with the deterioration of the Terrace continuing, in June 2019 the Tourism, Development & Culture Committee allocated limited funding to the appointment of a Design Team to plan restoration of 30 arches, create designs and develop a business model to show how further funding could be obtained to restore the whole Terrace.

The first phase of restoration – ‘MT30’

The design team  began exploring options for the first phase of restoration to restore a minimum of 30 out of the 151 arches that make up Madeira Terrace in June 2020.

The ambition is to see the Terrace used as a year-round place for local people, sustainable tourism, leisure, recreation and culture.

A real challenge for the project is to embed ‘Circular Economy’ principles in the restoration enabling Madeira Terrace to be used and enjoyed by future generations.

Madeira Drive hosts around 20 large and national events each year and the Terrace is forms an iconic backdrop for these events.