We've scheduled system maintenance on Thursday 18 August 2022, 7pm to 9pm.  Some services and online forms may be unavailable during this time.  We apologise for any inconvenience.

SeeThat Team of the Year 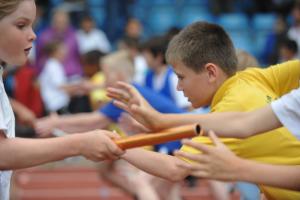 The SeeThat Team of the Year will be awarded to a either community or education based sports team. The award will recognise the team that has achieved the most notable performance over the past year. Please provide evidence that demonstrates how, over the past year, the team’s achievements, effort and cohesion can be distinguished from others in this category. Please note that the winning team may not necessarily be competing at a national standard.

Sussex Girls u-12's Tennis Team: Consisting entirely of players from clubs within Brighton & Hove, this team is recognised for their amazing achievement of winning the AGEON National Tennis Finals. This was the first time that a team representing Sussex had ever won this national event and proves there is a bright future for female tennis in Brighton & Hove

West Hove Dynamos U8s: This team has been highly commended after their second successive undefeated league season, and fantastic achievement.

SeeThat is delighted to support the Team of the Year award. We believe that unity is strength and there is no better way to learn the importance of teamwork and working for each other than on the sports field. Teamwork is engrained into our company ethos and has allowed us to work for some of the world’s greatest sports brands including Nike, Puma, The England and Wales Cricket Board and Herbalife to name a few. Good luck to all involved and keep up the good teamwork!