You will not be able to view your Council Tax and Business Rates account information or bills online between 5pm on Friday 8 July 2022 and 9am Monday 11 July 2022. We apologise for any inconvenience.

Find elm trees in and around the city.

The 'Preston Twins' in Preston Park 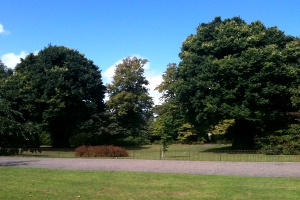 The remaining 'Preston Twin' in Preston Park is considered to be the largest and oldest surviving English Elm in Europe. It is also home to a colony of elm-dependent White-letter Hairstreak butterflies, a species which has been on the decline in areas that have suffered with Elm Disease.

This endangered species lives mainly in the treetops, and they rely on the elm trees for food.

Sadly, the other Preston Twin was lost to Elm Disease in 2019.

Elm trees at The Level

There is a large and nationally-important collection of elm trees at The Level.  The trees frame the perimeter of the park and also support a colony of White-letter Hairstreak butterflies.

History of elm trees in the city 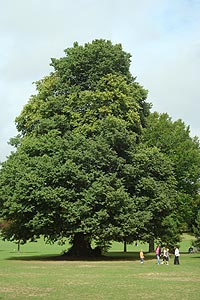 Most of the elm trees in Brighton & Hove were planted by the Victorians and Edwardians. Elm trees were popular because they can tolerate thin chalk soil and salty winds.

In the early 1970s the council introduced a new programme to control a highly infectious form of elm disease which was introduced by imported Rock Elm from North America. The success of the programme to fight the disease is still clear today from the many thousands of elm trees throughout the city.

In 1998, due to the success of the local Elm disease control programme, the city was granted full National Collection status by Plant Heritage.

The council's tree specialists are committed to containing Elm disease and extending the range of trees in the National Collection. They do this by safeguarding the mature Elm trees and at the same time, seek to extend the range of species as they become available.