The Mayor of Brighton & Hove

The mayor is the first citizen of Brighton & Hove and has a ceremonial role in the city.

Councillor Alan Robins is the current Mayor of Brighton & Hove. He was elected at the Annual Council meeting on 14 May 2020.

The mayor will be supported in his duties by his partner Val Cawley, who takes the role of Mayoral Consort.

The mayor is the first citizen of Brighton & Hove and undertakes an important ceremonial role in and outside the city. However, this role is different from some mayors and lord mayors such as the elected Mayor of London. The mayor of Brighton & Hove is not directly elected by the people and therefore holds no direct power.

The mayor is politically neutral when carrying out all the mayoral duties. 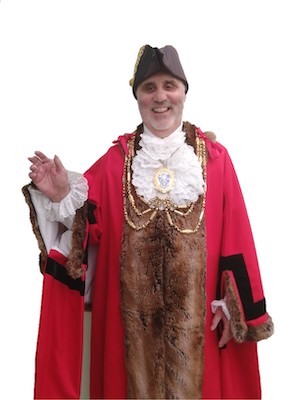 The current Deputy Mayor is Councillor Mary Mears. She was also elected at the Annual General Meeting on 14 May 2020.