A list of major developments we're working on in the city. 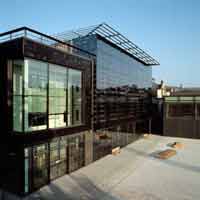 The council works with partners to manage the delivery of a number of major regeneration projects in the city. Below is a list of major developments, both current and completed. For more information on any of the sites please click on the development name or email the Major Projects and Regeneration Team at mpt@brighton-hove.gov.uk.

Seafront development projects total over one billion pounds. Investments underway, planned or proposed for Brighton & Hove seafront include the British Airways i360, new homes at Brighton Marina and the rebuilding of the West Street shelter hall.

Get details of seafront development projects.

Current projects in the city

The proposal for the site, dubbed 'Grow Brighton' is to build a high-quality sustainable mixed use development providing a new university library and teaching space for the University of Brighton; employment space, from corporate office down to move on space and managed workspace for the creative industries; residential units, student accommodation, ancillary retail and a state of the art dance studio for South East Dance.

Redevelopment of the council owned 2.2 hectare brownfield site to create a mixed-use development that will act as a regenerative catalyst for this part of the city.

To establish a future vision for New England House as a large scale, high profile and visible managed business centre focused on the digital media and creative industries.

Homes for Brighton & Hove is a partnership between Brighton & Hove City Council and the Hyde Group set up to create 1,000 new homes for rent and sale for lower income, local working households in the city. Work is starting on the first two sites in Coldean and Portslade.

Proposals for to develop a new community hub building and more than 200 council rented homes on a number of underused sites in Moulsecoomb, currently used by the Moulsecoomb north and south hubs and the 67 Centre and the surrounding area.

The construction of a 22,500 capacity stadium for Brighton & Hove Albion Football Club together with supporting infrastructure, 2,000m2 of education accommodation and facilities for conferences, meetings and events.

The Keep which opened to the public on 19 November 2013, is a major partnership project between East Sussex County Council, Brighton & Hove City Council and the University of Sussex that will deliver a new state-of-the-art historical resource centre.  The new Resource Centre will represent the next generation of archive buildings in the UK in line with the Government's Archives Policy.

The Open Market is an exciting mixed-use development combining a new modern market offering a diverse retail offer and promoting fresh, healthy food and local producers with affordable housing, arts-based workshops and a venue for street art and entertainment. The new market is owned by the Brighton Open Market Community Interest Company for local benefit. It is now contributing to the wider regeneration of the London Road area.

Given the state-aid limitation on the roll-out of fixed ultrafast-broadband infrastructure, we've shifted our focus to wireless and voucher schemes. The Voucher Connection Scheme offered 1,000 connection vouchers to SMEs. Work on installing free public wi-fi reached the final stage in April 2016.

British Airways i390 and Heritage Centre

The British Airways i360 is now open. The 162 metre viewing tower in Brighton was built by the team who created the London Eye, the most visited paid-for attraction in the UK.

The long-term redevelopment of the former Falmer School land that was not required for the Brighton Aldridge Community Academy (BACA).

A wide number of projects are in progress in the London Road area that will collectively play a major role in regenerating this high street on the north eastern edge of the city centre.  Projects include the Open Market and New England House (referred to above) as well as a range of public realm and environmental improvements on and around London Road, the redevelopment of the former Co-op department store, the restoration of The Level and many more exciting developments and initiatives.