During the First World War injured Indian soldiers were hospitalised in the Dome in Brighton. The Hindus and Sikhs who died were cremated on the Downs and, in 1921, the Chattri memorial was constructed on the cremation site. 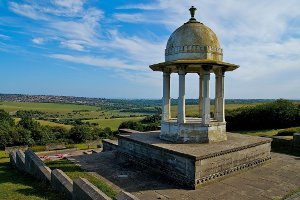 During the First World War injured Indian soldiers were hospitalised in the Royal Pavilion, Dome and Corn Exchange. The Royal Pavilion was the first Indian hospital to open in Brighton. The Hindus and Sikhs who died were cremated on the Downs and, in 1921, the Chattri memorial was constructed on the cremation site.

Immediately to the south of the Chattri is Chattri Down Site of Nature Conservation Importance (SNCI), most of which is open access land. Chattri Down supports a species-rich chalk grassland habitat and is in the South Downs National Park. 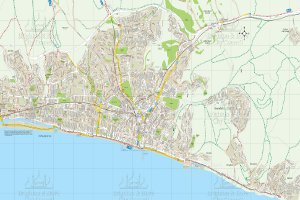 Bus
The 5A bus runs to Old London Road in Patcham, the memorial is a 2km walk from this point. Further information and timetables available from the Brighton & Hove Bus company. 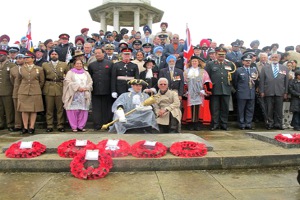 The Chattri, which means 'umbrella' in Hindi, Punjabi and Urdu, was designed by E.C.Henriques from Mumbai. The dome and its eight pillars are built from white Sicilian marble. The three large granite slabs lie over the original concrete crematory bases and the design symbolises the protection offered to the memory of the dead.

The Chattri was unveiled by the Prince of Wales on the 21 February 1921 and bears the following inscription, in Urdu, Hindi and English:

“To the memory of all Indian soldiers who gave their lives for their King-Emperor in the Great War, this monument, erected on the site of the funeral pyre where the Hindus and Sikhs who died in hospital at Brighton passed through the fire, is in grateful admiration and brotherly affection dedicated”.