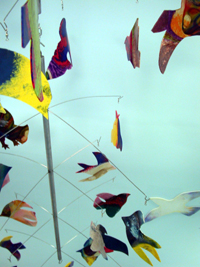 A programme of public art projects have been carried out in schools across the city since 2004. Artists have been commissioned to work with the schools to create permanent pieces of work for in and around the schools' grounds. The programme aims to improve a particular space in the school whist involving as many pupils as possible. The artworks that are produced become part of the school's identity and can often be used for creative learning for the whole school.

Stig Evans and Janette Cullen were commissioned to create a permanent wall mounted work in September 2004. They used unusual recycled materials such as yoghurt pots, mobile phones and wellington boots and took hands and birds as central patterns. They ran workshops over a six week period with every child in the school taking part in the process. The children's artwork helped create the final installation and an exhibition of the children's work ran alongside the opening. 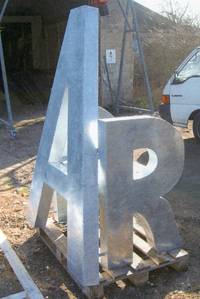 Stig Evans and Janette Cullen worked with Whitehawk Primary School in June 2005 to create a sculptural storytelling throne for their playground. The project  was designed to help the school reach its literacy targets and encourage children to use story-telling within play. 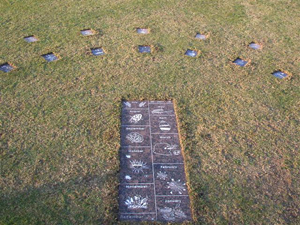 In August 2005 Stig Evans and Janette Cullen ran a week of workshops with children from St Mark's primary looking at existing public art in the city and how art can be functional. They designed a 'human' sun clock where a human shadow becomes the time telling device. The pupil's created images that were sandblasted onto the granite slabs and set into the school field as a learning resource. 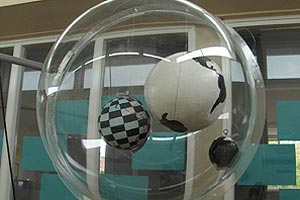 Jessica Shaw was appointed to create a circular, metal framed mobile for the triple height reception area of Dorothy Stringer School. A series of workshops with year nine pupils inspired the development of the final artwork. The mobile was installed in September 2005 to coincide with the school's 50th anniversary. 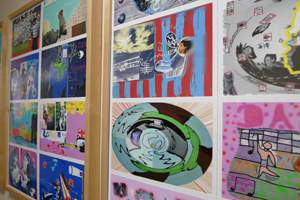 In February 2006, photographer Carl Jaycock worked with pupils from Coldean Primary and older residents of an extra-care housing facility, New Larchwood, that was being built close to their school. The focus of the project was to create a multi-aged story between the two groups working around the themes of nurturing environments and inspiring spaces. The work produced a collage of multi-coloured, multi-layered photographs which are displayed in two permanent exhibitions, in the school and in the New Larchwood development.

The link College at Varndean 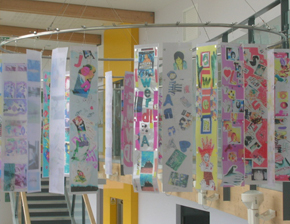 To celebrate the opening of the new Varndean Link College in April 2006, Stig Evans and Janette Cullen worked with the first 55 special needs students on the themes of place and identity. They created a hanging mobile structure that is positioned in the foyer and consists of identity strips produced and personalised by the students. The idea behind the project was that as an individual, the student brings something to the school and by positioning their identity strip in the school they create a sense of place for themselves. This process and sense of belonging can then be continued if they remove their strip when they leave, to create space for the new students. 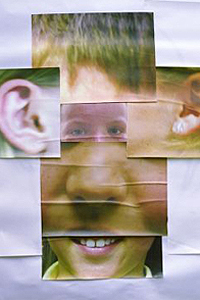 'Photography is Everywhere' was a Brighton Photo Biennial project that took place during 2006. This photography project involved second year undergraduate students from the University of Brighton and pupils from five primary schools in the city. The programme aimed to provide the students with direct experience of working as artists whilst enriching the art courses in the primary schools. The students worked with the pupils to create new artworks, encouraging a multi-material approach that mixed photography with other art forms. The resulting photographs were presented across the city at a range of public venues during November as part of Brighton Photo Biennial 2006. 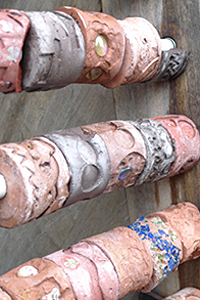 In 2006, sculptor Rachel Reynolds worked with year six pupils at St. Bartholomew's Primary. The theme of the project was 'After the Flood', a continuing theme on the myth that St. Bartholomew's Church was built to be the same size as Noah's Ark. The children explored possible effects the flood may have had on the landscape and its species. They worked with concrete to sculpt fossils imprinted with various coloured and textured objects. The children's fossils formed individualised beads of an abacus, a large scale structure situated in the playground. 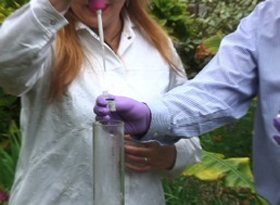 Conceptual artist Anna Dumitriu worked with students from Varndean School to create artworks inspired by microbes (bacteria). This project began in July 2007 as part of Normal Flora, Dumitriu's major ongoing art project about our microbial world. The students produced artworks based on the laboratory findings of bacteria, moulds and yeasts collected all over the school, from the drinking fountain to the books in the library. The artworks were displayed at the private view on 15 July 2008 when the entire school became a major conceptual artwork, featuring their installations and performances. 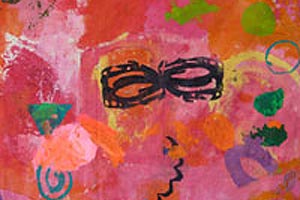 For this eight week project from September to November 2007 three Rocket artists worked with three supporting artists and 18 children and young people from Downs View School. The Rockets are a group of artists with learning disabilities who work alongside art students from the University of Brighton to make artwork at the Phoenix Arts Association. The workshops included working with children from early years classes through movement, music and painting workshops and year eight and nine classes on printmaking and painting. The work produced included large-scale paintings on canvas that were put together to make a tent, creating a brightly coloured, relaxation space for children throughout the school to spend time in. 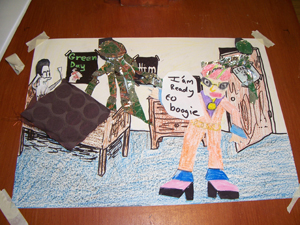 Patcham High ran animation workshops in the school in 2007. With the help of Blue Star Animation they trained six members of staff and 42 students. The students made short animated films as part of their training which were screened at the school. With this practical experience Patcham have continued to use the animation software in a number of other projects. 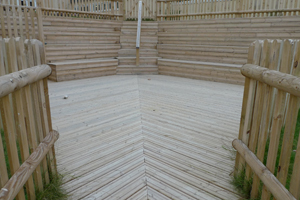 Carden Primary commissioned a timber outdoor amphitheatre (round, open theatre) to be made and positioned outside on the grassland between two classroom blocks in 2008. The amphitheatre can be used for performances, rehearsals and outdoor assemblies in the summer. It has seating and a collapsible back drop for additional scenery and set designs. 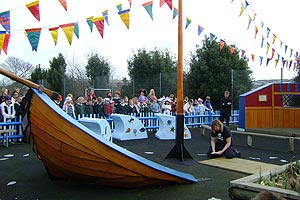 Artists Natalie Gore and Luke Perry worked at the St. Joseph's Catholic Primary School for six months in 2008 to create a nautical themed playground art installation, a new space for play and creativity. The piece takes the form of a sunken ship and incorporates artwork made by the children during the artist-led workshops. 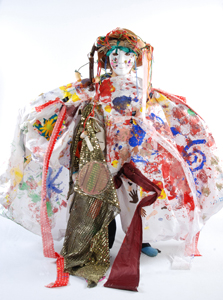 Photographic artists Helen Cammock and Janine Boyer worked with 120 year one pupils at Downs Infants in June 2009. The theme of the project was recycling. Each class were offered different activities and encouraged to think creatively in small groups to produce a different series of images for permanent display in their school. The children had the chance to use professional photographic equipment and learn how to edit photographs using computer software. 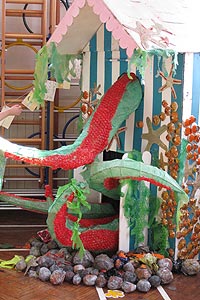 Artists Ade Lovejoy, Jill Parsons, Hannah Barker and Ingrid Plum worked with pupils from years three, four, five and six at Downs Juniors as part of the school's Art Week in June 2009. The theme for the project was the beach and each year group focused on creating different parts of a beach installation. They created a skyline backdrop, sculptural seagulls, a carousel, a beach hut with an octopus in and a performance piece. At the end of the week all the artworks came together to form a beach scene with a final performance.

Go back to the public art main page